Betty, Charles and the kids moved from Tortola to Virgin Gorda in 1965.  Laurence Rockerfeller had just opened up Little Dix Bay, and Charles and Betty both worked there in the early days while they built a place of their own. Charles was the Pavillion Manager, and Betty manned the gift shop. I guess now we know where the shopaholics in the family come from!

Of course, there wasn’t a whole lot on Virgin Gorda at the time, but they still needed to get to and from work each day. The Roys owned the second motor vehicle ever on Virgin Gorda – Gafford Potter owned the first. We have come a long way since then. 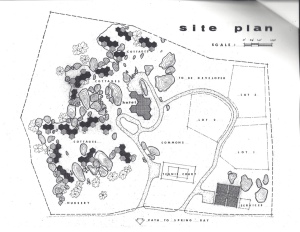 Cashew was the first home at Guavaberry that was completed, almost 50 years ago now, in 1969.  They did end up selling this to gain more capital to build the others – and build they did! By the end of 1970, there were 5 houses in the collection: Mango, Plum, Lime, Flamboyant, and Cashew, which the new owners were happy to keep renting. After Treasure Isle, they did know one thing: they didn’t want the added stress of a restaurant and bar. 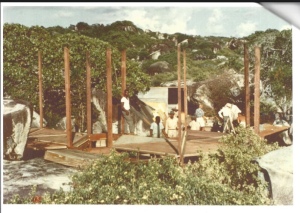 They chugged along quite comfortably with these 5 houses, though we aren’t sure how they managed with three kids to put through school. The boys were in Scotland at the same school their father attended, and Tina was moving her way up north. She billeted with a family in Puerto Rico for grades 3-8, which is why her Spanish is excellent even today. She then journeyed on to Schenectady, New York for a year. Apparently this wasn’t cold enough for her though, and she moved further north to Toronto for the rest of her high school education.

Incidentally, one of Tina’s school roommates, and best friend, was the lovely Lisa Williams, who caught Chris Roy’s eye. Tina and Lisa graduated in 1974, and Lisa joined the Roy clan in 1976, when she and Chris wed on her home island of Bermuda, where they still live today.  We have all been lucky enough to visit them there, and thoroughly enjoy ourselves when we do! Good choice, Chris, we will keep her 😉 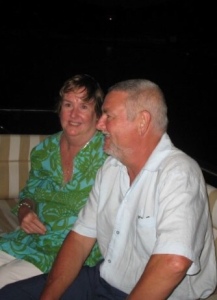 If you think that’s cool, hear this: Edward is married to Nina, and Nina is the daughter of Jack and Margaret See. Jack was the first veterinarian officer who came to the BVI in the 1930s, and was hired by Edwards grandfather,William, to oversee the local livestock. (Agriculture was the main livelihood of BVIslanders in the day). The families stayed in touch over the years.

Edward was at university in Jamaica, and after riots broke out on the campus in 1968, Edward transferred to the University of Toronto. Naturally, he was welcomed into the See’s family home while he continued his studies. Their lovely daughter Nina was a newly qualified nurse, and dropped in often to check out (on… check ON) the new tenant. Her tenacity paid off, and we welcomed her into our family in 1973. 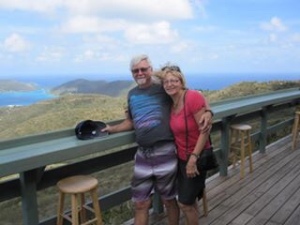 But I digress. You all want to hear more about Guavaberry’s inception. So stay tuned, more on that next week! (Hows that for Hollywood suspense?) 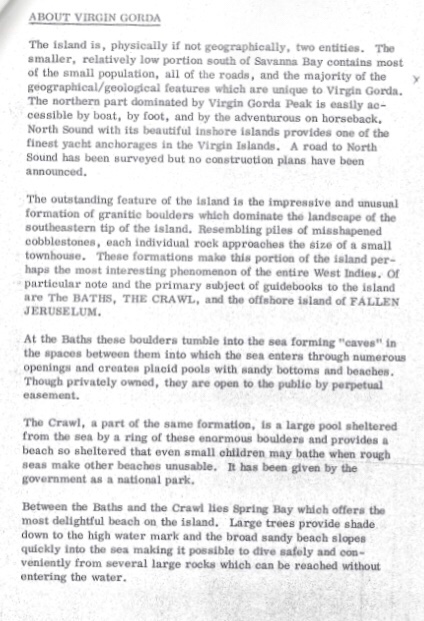 6 thoughts on “The Roy’s Great Journey Continues… Across The Sir Francis Drake Channel!”