As many of you know, our houses are named after various plants, flowers and fruits. In years past we had many fruit trees around the property but over time they either stopped bearing, got sick… or in some cases were murdered by Irma. As we’ve mentioned already, we have our hidden gem Verdan in the gardens at the moment. While she can get anything to grow, she does need somewhere to start. It was a bit of a search but we have managed to get back some fruit trees! A lovely farmer over in Paraquita Bay, Tortola, named Mrs. Wilkins had just what we were looking for. They are small, but hopefully they will be mighty in time to come. (We also had to call in a favor from Tina’s cousin Nancy Roy to collect them for us so this was a real group effort.)

So, here’s a brief tour of our nursery:

These little gems are great for anything. Rum & Coke, Lime Juice, or Lime with Honey for the dreaded cold/cough.

Yes, cashews. Ever wonder why those tasty little nuts are so darned expensive? Well, they start as this tiny tree. In a few years they will start to bear fruit. Attached to that fruit is one SINGLE nut. Now, you can’t just pick that nut and shake some salt on it. Nope. That nut in the raw state is actually toxic. It requires roasting in a very well ventilated area because the smoke from it will be toxic too! The fruits however are not toxic so you can go ahead and eat those… they are an acquired taste mind you.

We didn’t ask for parsley, but I guess Mrs.Wilkin thought we could use some. We’re sure Verdan will get this little guy big enough to share with everyone.

Not to be confused with Guavaberries (see below). This tart little fruit looks quite plain and boring on the outside. Just a hard, round, green fruit on the exterior. Inside however is where the party is. Bright pink fruit with small edible seeds. You have likely had guava nectar mixed into some rum punches

These Verdan grew herself from seeds. Irma didn’t take out the Sugar Apple tree in Michelle’s yard, so when fruit appeared on it a few months ago we gobbled them up and saved the seeds. Voila… new trees! 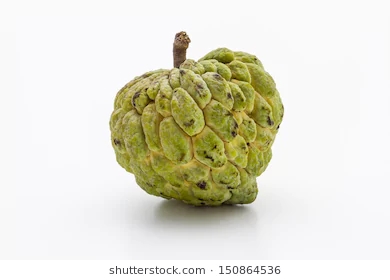 Not exactly a pretty fruit either, but the birds sure do love them. When you break open these spiney specimens you will find a soft white flesh and quite a few seeds. We’re not as keen on the fruit in it’s “raw” state… BUT…Strain the pulp through a sieve to eliminate the seeds, mix the strained pulp with some condensed milk and sugar and you get Sour Sop pudding. Mmmmm!

Last, but CERTAINLY not least… Guavaberries:

We thought Irma had taken our prize tree away. From afar it still looks that way. But, look closer. Right down at the base. See those little leaves? Guavaberries will rise again! Ironic huh!?

These little berries are very tart. They don’t fruit all that often, but when they do the main concoction to make with them is Guavaberry Liqueur. Everyone has a different recipe, but the main ingredients are Guavaberries (obviously), Rum (because everything is better with rum), orange rind, cinnamon and star anise. The longer you let the mixture age the better it gets… Kinda like Guavaberry Spring Bay 🙂

5 thoughts on “Fruits for our Labor”